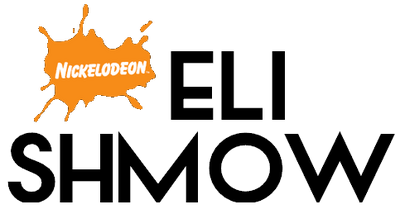 Eli Shmow is an Award-winning animated Nickelodeon original series created by EliNinja. It aired it's first episode on September 3rd, 2007 (gaining around 2.3 million viewers) and follows the daily life of the young-but-old-at-the-same-time titular boy. The series concluded on November 14th, 2016 after a total of 5 seasons and 130 episodes over the course of 9 years, 2 months and 2 weeks. Reruns are rated TV-PG-V (occasionally TV-PG-DV since Season 7) in the US due to its dark humor.

The show has won 7 awards and was nominated for 12 during its run on Nickelodeon.

The series is set in the town of New City, Oregon (claimed to be "the best town in the world" by it's unofficial mayor, King Jerk). The town is filled with not-so-caring individuals (with Eli thinking they're "so nice", oblivious of some of the individuals' behavior) and crazy randomness (such as giant balloons flying in the air for no reason, animals going into people's houses, and people having unexpected seizures out of nowhere). Despite this, Eli still loves his town....and his random friends.

Since it's 2007 US premiere, Eli Shmow has became popular in many other countries around the world. It is also syndicated on several channels in the US.

Retrieved from "https://fiction-foundry.fandom.com/wiki/Eli_Shmow?oldid=302263"
Community content is available under CC-BY-SA unless otherwise noted.