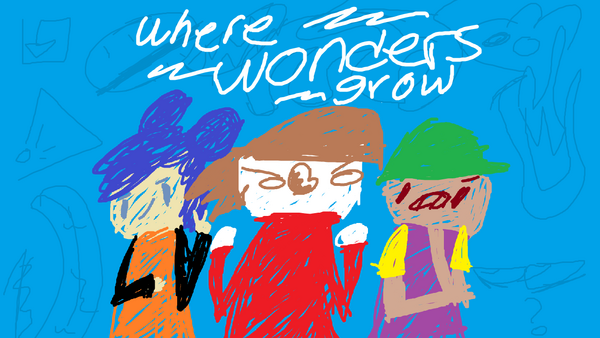 Where Wonders Grow is an American animated series created by EliNinja. The series follows the adventures of Aaron Schwartz, Kelly Timford, and Simon Matthews, three 4th Graders who roam around mysterious parts of their school. From discovering monsters to fighting off squid-human lunch ladies, the adventures the three friends go on are considered "pretty frggin' weird". Together, they discover new things and new challenges that they face in their adventures and/or mysteries. The series aired on the Nicktoons Network (although it was meant for Nickelodeon) from September 29th, 2007 - December 6th, 2008 for 2 seasons and 20 half-hour episodes and was rated TV-G in the United States.

Will Forte as Aaron Schwartz

Retrieved from "https://fiction-foundry.fandom.com/wiki/Where_Wonders_Grow?oldid=258365"
Community content is available under CC-BY-SA unless otherwise noted.